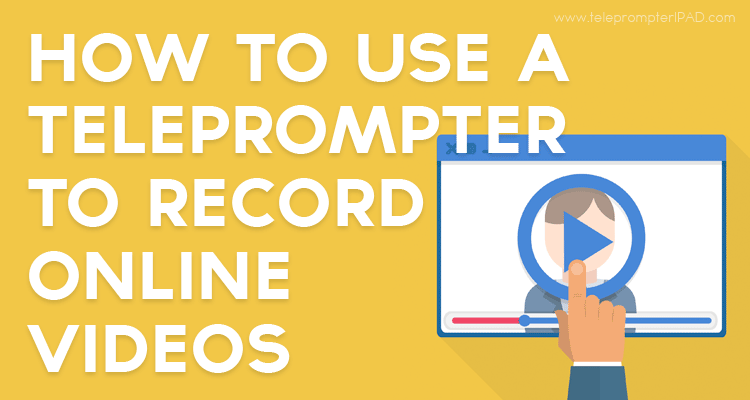 How can you use an online teleprompter or autocue when giving a speech or making a video presentation? Well, before giving some advice, I want you to ask yourself one thing…

Why would you use a teleprompter?

A lot of people believe that when recording using an online teleprompter it’s going to make a miracle. They think, "Hey, this is going to be easy, I no longer have to try, I don’t have to remember what I say or have to worry about forgetting the text… I’ll just plug this machine in and everything will be wonderful."

It is true that using an autocue properly will make things easier but it also takes time preparation and some learning, therefore, in your first recordings it is good to think about investing more or less the same time in practice with the teleprompter iPad that you would use in preparing to work from notes. When you get the hang of it, everything will go smoothly and recording will not only be much easier, but it will also be much better. Practice a few tricks patiently and everything will be fine soon enough.

How not to use an online teleprompter

The big problem with the way most people use this device is acting as if the prompter was in command instead of the other way around, and then what happens?  Everyone sounds exactly the same, speak the same speed, the same volume, the same tone, with no pauses where there should be, can you imagine what will happen to your audience? Exactly, they are going to fall asleep! And there’s already Loquendo to speak like a robot…

Therefore, the first thing to keep in mind is that you’re the one who has to control the speed of the teleprompter and not vice versa. Natural speech does not have a constant speed. To vary the speed of the text at your own pace you can do 3 things:

Tips to consider when using an online Teleprompter: Be Natural

If you’re using an online teleprompter, here are some simple tips you should consider. It is basically about trying to mimic the ease with which you speak when you’re not reading. It sounds easy, and it really is if you practice a bit before turning on your camera and you consider some very simple things you do when you talk normally with a colleague or in public for many people.

When you speak, try to get a little bit louder occasionally, sometimes softer, sometimes going a little faster, sometimes a little slower and occasionally you might need to pause. These small gestures make the speech sound more natural, more like a conversation and, of course, respecting the previous point, trying that the speed of the teleprompter follows you and not vice versa, it should be able to adapt to your pace and speed to vary in each case.

Don’t forget to pay attention to your body language. As you probably know, different studies have shown that when humans communicate, what we say through spoken language is a very small part of the message received by the receiver, in contrast to the high power of communication of nonverbal language, or, put in another way: it doesn’t matter too much what you say but how you move when you say it, interesting, right?

We all get nervous in front of a camera at first, it makes us tense and we get stiff as a stick or we end up swinging to the sides like a metronome, we tap with our foot… There are a few simple tricks to help us avoid these mistakes that I’ll explain another time, so I can keep this story short.

But I won’t say goodbye without offering a trick that works very well:

Newscaster do this six hours a day, don’t try to do it as perfect in just minutes. As I commented using an online teleprompter properly requires some practice, get used to it and build that level of comfort with the script.

It can seem ridiculous at first and you will most not want to record those first takes… THAT’S A MISTAKE!

It is essential for you to record each take and then take your time to review them, because while you’re practicing, you can’t see your own mistakes. This is the only way to study your movements to further improve or correct them.

And that’s all for today, I hope these tips help you record better videos with an online teleprompter. Don’t hesitate to contact me if you have any questions. 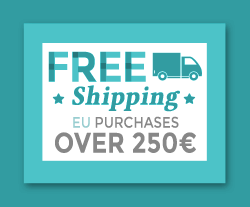